Within this Case Study:

feature add
UX/UI Design
Project Overview
Spotify is a giant in terms of today’s world of music on demand. With the ability to follow, download and discover your favorite songs and artists, new and old, it has quickly become one of the most used apps in the world.

Looking forward, Spotify endeavours to continue to grow and evolve, leading them to the idea of wanting to bring more connection to their platform and connect their users on a more personal and human level, with the help of music of course.
My Contributions
Spotify is a household brand name and adding in any features would need to be done with the utmost care. Music has brought people together since the beginning of time, and now I wanted Spotify to do the same. In an age of hiding behind screens, I recognized the importance of encouraging users to interact in person and within their community.

My focus would be the seamless integration of a new feature highlighting the natural combination of friendship and live music.
view prototype
Research

storyboarding
Though it was a main directive to add a social feature regarding live music there were many routes that could be taken. Research was focused on first solving any current live music ticketing issues to encourage new user adoption and from there integrate a users social network and close friends in a way that helps bring people together.
Research Goals
Summary
As was somewhat expected, through research it became extremely clear how much users love live music and especially love watching live music with their friends. What was somewhat less expected was the challenges that they face online during the ticketing process and the headaches afterwards. A key complaint was the somewhat less than clear ticket prices advertised by many ticketing platforms as well as the issue of sharing tickets among a group. These were problems that could be solved.
Information Architecture

sitemap
Although Spotify is an intricate web of screens I needed to be sure that inserting a new feature would disrupt any current screens and flows as little as possible. A key part of ensuring this was the case was fully mapping out the existing app, which gave me a clear view of where exactly we were able to add the new frames in seamlessly, while also drawing attention to existing frames that could simply be redesigned to accommodate our new feature.
Maps & Features
Creating the sitemap allowed me to clearly see which screens were going to need to be created and which existing ones needed to be refreshed.
[ click thumbnails to expand ]
Interaction Design

Low fidelity wireframes
Now that information architecture was firmly in place, I was able to confidently move forward with fleshing out the more detailed flow of the app as well as dive into initial responsive wireframes. Because Spotify has so many features and current user flows, pinpointing my new features roadmap through the app was key in moving forward with screen creation.
Task Flow
To ensure I had the right goals in mind when creating our new flows, the task flow helped clarity exactly how simply this new feature should function.
[ click thumbnails to expand ]
Low Fidelity Wireframes
Having completed research and organization of our features, I moved into the basic rough structuring of the site. Knowing that our focus was user flows and simplicity, these wireframes were created as an MVP for initial user testings.
[ click thumbnails to expand ]
User Interface

prototype
Spotify is a distinctive brand the radiates energy and simplicity through clean design that allows their content to stand out and hold centre stage.
The Brand
Spotify is already in possession of a very strong design system, so it was very important to familiarize myself with this system inside and out before moving forward with design. From using the font Circular for all typography to ensuring I had the exact shade of iconic green, all new features were matched to existing Spotify design system requirements. 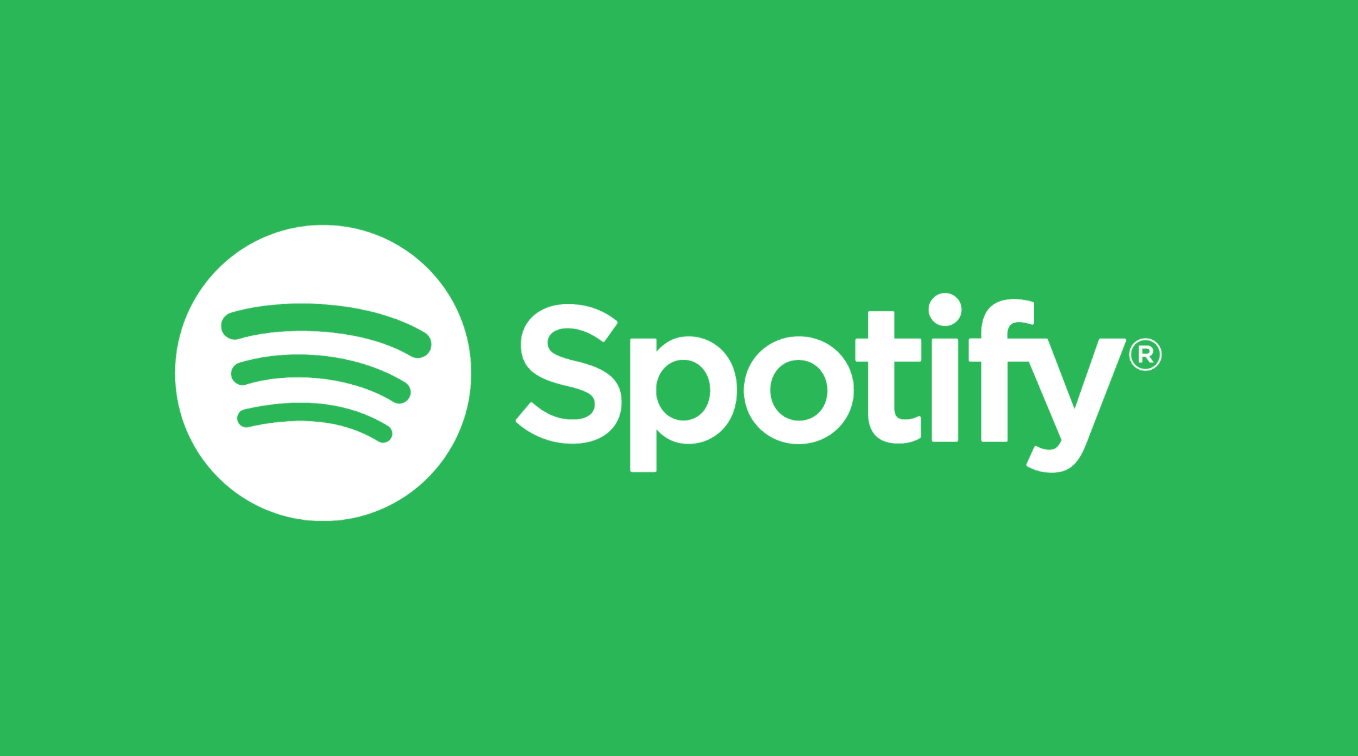 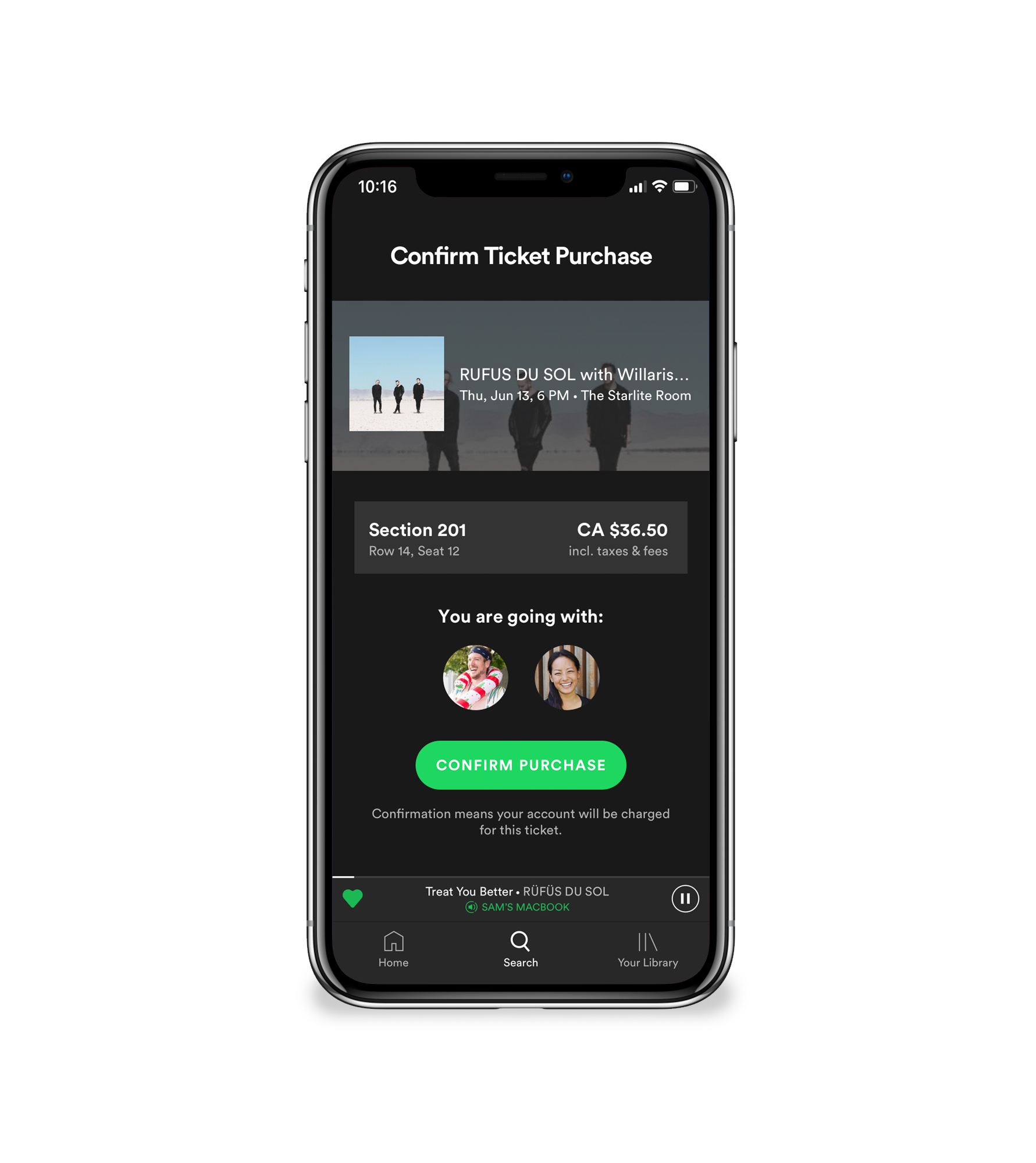 affinity mapping
My user testing focus was centred around intuitive ease of the new feature, paying specific attention to the split ticketing purchase billing feature. As is the theme through the entire feature development, matching the current design system in terms of both UI as well as excellent UX was the key to success.
Affinity Mapping
Through final user testing additional notes were created and synthesized into an affinity map for further iteration. Once priority revisions were complete, the project would be moved through the export process via Zeplin for development.
[ click thumbnail to expand ]
Conclusion
In a time where the staggering majority of social interactions occur behind a screen, this project has introduced not only an additional revenue stream to Spotify through ticketing, but gives users the incentive and opportunity to step out from behind their screens and enjoy live music with the people they care about most.
⟵ previous project
next project ⟶
Looking for a designer for an upcoming project?
Work with me
Above all, always

Interested in working together?
I'd love to hear from you.

I'm always interested in joining interesting projects, so if you have one please reach out below or book a call.